Hilbrand Westra became Knight in the Order of Oranje Nassau 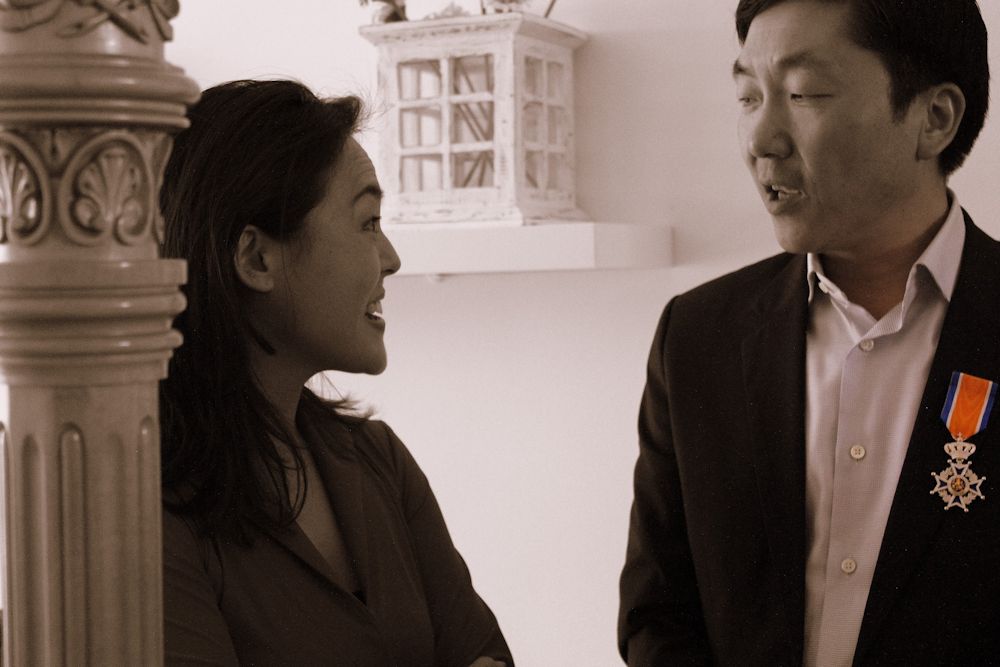 On Friday April 24, 2015, Hilbrand Westra was assigned to ‘Ridder in de Orde van Oranje Nassau”. In the name of the Dutch King, the mayor of The Hague handed over to him the insignia of this Order. His voluntary work of the last 25 years for the whole field of adoption was the reason behind this Royal Award.
Born in South Korea and as a toddler adopted by Dutch parents, he developed himself as an important representative of the growing group of adult adoptees from abroad. In 2005 he founded the United Adoptees International, which has become an international prominent organisation. His clear, positive critical opinions about relinquishment and adoption gave him a platform in the media and in the (international) adoption field. Less visible, but as important, are the activities to support individual adoptees and groups of adoptees , to help them cope with their special life situation.